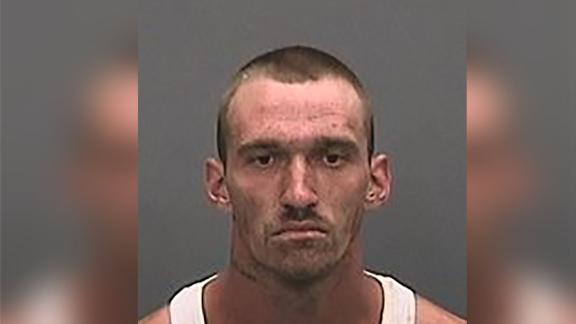 When a South Florida undercover detective almost got pulled over earlier this week, it came as a surprise that the deputy attempting to conduct the traffic stop wasn't even a real deputy. CNN's Michelle Kosinski reports.

It's Earth Day, so scroll down to take part in a special Earth Day quiz. But before you do that get the latest on those horrifying attacks in Sri Lanka and what else you need to know to Get Up to Speed and Out the Door. (You can also get "5 Things You Need to Know Today" delivered to your inbox daily. Sign up here.)

The death toll in the horrific Easter Day terrorist attacks in Sri Lanka climbed to at least 290 people. Bombs tore through churches and hotels in three cities, in coordinated attacks aimed at Sri Lanka's small Christian community on its holiest day. No group has claimed responsibility for the attacks yet, but 24 people have been arrested in connection with the bombings. There are already questions swirling around about whether Sri Lanka's government could have stopped the bombings because an intelligence memo warning of an attack was circulating among security officials 10 days ago. Social media sites were blocked in the country after the attacks, because the government was worried about "false news reports." Get the latest updates here.

As Americans know all too well, anything is possible in the wacky world of politics. The US elected a businessman turned reality TV star as its leader. Now Ukraine has followed a similar path by electing a comedian -- best known for a sitcom in which he plays a president -- as its president. Volodymyr Zelensky, star of the Ukrainian TV show "Servant of the People," cruised to victory in the country's election, crushing incumbent President Petro Poroshenko. Zelensky is a political newcomer, and he's been a little light on the details on his policies. Ukrainian voters didn't care. They were tired of economic turmoil, militant rhetoric and escalating tensions with Russia, so they went for something different. Here are the serious challenges the comedian turned politician will face.

After special counsel Robert Mueller's report came out last week, Democratic leaders quickly worked to tamp down talk about impeaching President Trump. But that talk persisted over the weekend, so the Dems are going to have to sit down and make some decisions. The first step in making that decision comes today, when House Democrats hold a conference call to talk about the next steps to take after the Mueller report's release. The Democrats fear impeachment could backfire on them -- much like it did on the GOP 20 years ago -- if it ends up firing up President Trump's base. But they also worry that if they do nothing, they'll look weak and appear to be validating the President's behavior.

An armed militia group detained hundreds of migrants captured on the southern border with Mexico last week. Now the FBI has arrested one of the militia members. Larry Mitchell Hopkins was arrested on felony charges of being in possession of firearms and ammunition. US Customs and Border Protection frowns upon private groups like militias "taking enforcement measures into their own hands," but the militia members say what they're doing down on the border is legal and is similar to a citizen's arrest. The ACLU called what they're doing kidnapping. Various private militia groups -- often espousing anti-immigrant views -- have patrolled the border for years.

The bodies of three professional mountain climbers have been found in Canada. The climbers -- David Lama, Jess Roskelley, and Hansjörg Auer -- were caught in an avalanche last week while trying to climb Howse Peak in Canada's Banff National Park. The three men -- one American and two Europeans -- were members of the North Face's Global Athlete Team. A spokeswoman for Canada's national parks says the remote east face of Howse Peak was hit with a size 3 avalanche, which is powerful enough to bury a car or destroy a small building.

Spoiler alert! Our AJ Willingham breaks down last night's "Game of Thrones" and warns us that the episode's good vibes won't last into next week.

We already know who's going to sit on the Iron Throne: A welder and his new wife in Kentucky.

A man allegedly pretending to be a deputy tried to pull over the real thing -- an undercover cop -- in Florida.

UCLA gymnast Katelyn Ohashi lit up social media again as she performed her final collegiate routine over the weekend.

How old is the Earth?

Play CNN's special Earth Day quiz to see if your answer is correct.

Is that thing safe?

This guy made the world's largest slingshot because, well, we're not quite sure why. (Click to view)