No, Americans are not 'dumb' for wanting to see Trump's tax returns 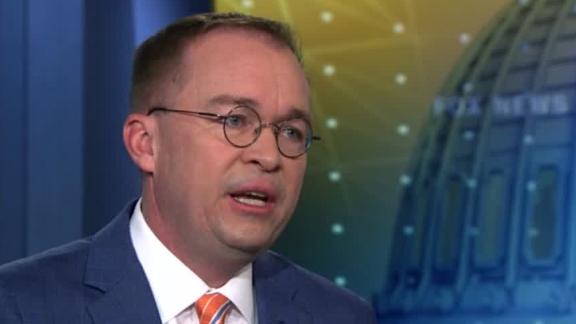 Donald Trump's acting Chief of Staff Mick Mulvaney made it clear in one word Sunday when Trump will produce his tax returns in response to recent requests by congressional Democrats: "Never." Mulvaney, then, channeling what you'd expect to hear from "the Hand of the King" in "Game of Thrones," added, "Nor should they" obtain the President's taxes.

While Mulvaney may have conjured up the dismissiveness of a monarch, at least he didn't dub the Democratic officials seeking Trump's tax returns "dumb." That, though, was the response of Sen. John Kennedy, R-Louisiana, on Friday, who slammed Rep. Richard Neal, D-Massachusetts, the chairman of the House Ways and Means committee, in response to his recent request to obtain six years of Trump's personal and business tax returns. Kennedy not only claimed the entire effort was political in nature, he personally mocked Neal for making the request, telling CNN's Jake Tapper, "It must really suck to be that dumb."

If Kennedy believes that people who want to see Trump's tax returns are "dumb," then I'm as dumb as they come. In fact, so are 60% of my fellow Americans who believe House Democrats should "make use of (their) authority to obtain and publicly release" Trump's tax returns, as a January ABC News/Washington Post poll found.

You don't have to be a detective on "CSI" to get a sense that there's a reason Trump doesn't want America to see his tax returns. I don't want to engage in rank speculation as to the why, but the fact is that Trump was the first major party presidential candidate since Watergate to fail to release his tax returns.

Yet Trump wants you to believe he's all for transparency. During the 2016 campaign, Trump told us he didn't "mind releasing" his returns, but he couldn't do so at the time because he was "under a routine audit."

There are a few problems with that response if we are to believe Trump sincerely has no issues with releasing his returns.

First, then-President Richard Nixon released his tax returns in the midst of an audit in 1973. In addition, the IRS publicly stated in the heat of the 2016 campaign that there was no prohibition on Trump, or any individual for that matter, releasing his or her returns during an audit. On top of all that, Trump's own lawyers during the 2016 campaign stated that the IRS audit of Trump's returns through 2008 was completed, begging the question: if Trump was truly about transparency, why didn't he release the returns not being audited?!

And since winning the election, Trump's response to requests for his tax returns have ranged from evasiveness to outright stonewalling. For example, in January 2017, when asked about releasing his returns, Trump claimed that only the media cared about the issue, "You know, the only one that cares about my tax returns are the reporters, okay? They're the only ones." Then in May 2017, when again asked about his tax filings, Trump told us for the first time that, "I might release them after I'm out of office."

But Trump has now taken his opposition to the release of his tax returns to desperate heights, in light of Rep. Neal's formal request for six years of his personal and corporate returns. As CNN recently reported, Trump and his legal team are so opposed to releasing the returns that they "are willing to fight the House Democratic request all the way to the Supreme Court." As one Trump official added, "This is a hill and people would be willing to die on it."

People are willing to "die" to keep Trump's tax returns from going public?! Wow, so much for Trump being happy to release his returns after the audit was completed.

And to that end, an attorney for Trump sent a letter to the Department of Treasury on Friday objecting to Rep. Neal's request, claiming it was a "gross abuse of power" and was simply an effort to "harass" Trump because Democrats "dislike his politics and speech." Curiously missing from that letter was any claim Trump was still under audit or that Trump would release his returns once any audit was completed. (Rep. Neal has also requested that the IRS verify that Trump is in fact being audited.)

In addition to Mulvaney stating bluntly on Sunday that Democrats will "never" get the tax returns, Rudy Giuliani, one of Trump's lawyers, declared on Friday that Trump would not turn over "a single thing" to congressional Democrats in regard to Trump's taxes, claiming the request was "pure harassment."

When you reflect on how Trump and his allies are doing their best to keep the American people from seeing Trump's tax returns, I don't think the word "dumb" is the right word to describe those who want transparency. Rather, it would be dumb to not compel the production of those documents, because American voters deserve to know what is in Trump's returns before they vote in 2020.