Black women would not rest until R. Kelly was investigated 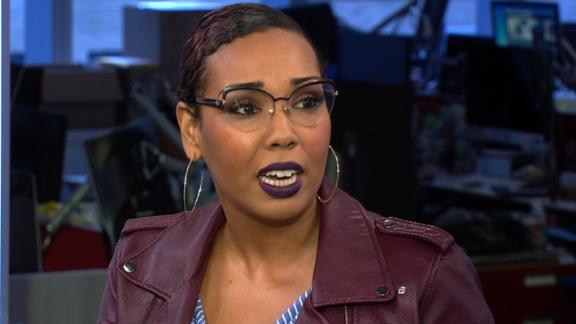 Jamilah Lemieux, a former senior editor at Ebony magazine who was interviewed in the "Surviving R. Kelly" docuseries on Lifetime television, reacts to the musician's indictment.

When it came down to it, black women knew they were on their own.

They were the ones who kept beating the drum against singer R. Kelly over allegations he's abused and sexually preyed on black girls and women for decades.

Kelly has consistently denied such accusations and has never been convicted of a crime connected to them.

But these women watched as other prominent men in the entertainment industry were called out as the #MeToo movement brought to light instances of sexual misconduct tied to power.

Where was Kelly's name on that list many wondered?

"People will say, well, why didn't anyone notice?," writer and co-creator of HoodFeminism Mikki Kendall said in the "Surviving R. Kelly" docuseries, which aired on Lifetime in January. "The answer is that we all noticed. No one cared because we were black girls."

On Friday, a lot more people began to care.

The charges relate to alleged crimes between 1998 and 2010, Foxx said.

If convicted, Kelly faces a maximum of seven years in prison for each count.

Arguably, the indictment was as much the result of black women working behind the scenes to sound the alarm as it was the work of investigators.

'Finally': R. Kelly indictment has been a long time coming for many

"Surviving R. Kelly" appears to have been a tipping point in calls for the singer to be brought to justice.

In the series, several of Kelly's alleged victims and their families shared their stories and pain.

As viewers bared witness, many wondered why Kelly, who was acquitted in 2008 on charges related to child pornography resulting from a videotape of him appearing to have sex with a young girl, was seemingly getting away with his alleged abuse.

Kelly's attorney, Steve Greenberg, told CNN after the docuseries aired that his client "has done nothing wrong."

"Someone with an agenda has done a hit piece," Greenberg said.

On Friday, the woman behind "Surviving R. Kelly," filmmaker Dream Hampton, released a statement to CNN.

"R. Kelly's predation has been an open secret for almost two decades," Hampton said. "It's time for him to finally pay for the harm he's caused, the black girls lives he's ruined."

That's also what activists Oronike Odeleye and Kenyette Barnes were seeking with their #MuteRKelly campaign, which Odelelye started in 2017 to get Kelly's music off Atlanta radio station playlists.

"Someone had to stand up for black women, and if I wasn't willing to do my part -- no matter how small -- then I couldn't continue to complain," Odelelye told The Grio last year.

It prompted the Women of Color (WOC) group within Time's Up, an organization that advocates against sexual assault, harassment and inequality in the workplace, to call on the entertainment industry to cut ties with Kelly.

"For too long, our community has ignored our pain. The pain we bear is a burden that too many women of color have had to bear for centuries. The wounds run deep," the letter continues. "As women of color within Time's Up, we recognize that we have a responsibility to help right this wrong. We intend to shine a bright light on our WOC sisters in need. It is our hope that we will never feel ignored or silenced ever again."