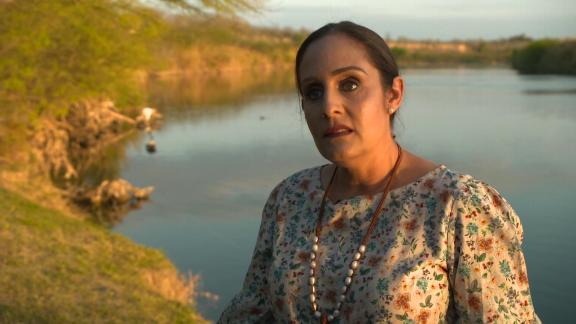 Residents along the US-Mexico border are coming together to file a lawsuit against the Trump administration's decision to build a wall using all or portions of their property. CNN's Gary Tuchman reports.

We had a super blood wolf moon last month. Today, we can enjoy the super snow moon. Seems like the moon is a lot more interesting when it has a cool name. Here's what else you need to know to Get Up to Speed and Out the Door. (You can also get "5 Things You Need to Know Today" delivered to your inbox daily. Sign up here.)

The court battle against President Trump's national emergency declaration has started. Sixteen states filed a lawsuit against the declaration in federal court in the Northern District of California. Attorneys general from Colorado, Connecticut, Delaware, Hawaii, Illinois, Maine, Maryland, Michigan, Minnesota, Nevada, New Jersey, New Mexico, New York, Oregon and Virginia joined California in the legal action. The President declared a national emergency last week on the US-Mexico border in an attempt to build a border wall even though he failed to secure funding for it in Congress. Critics call it an unconstitutional end run around the legislative branch.

The Vatican has secret rules for the children of priests. This bombshell revelation comes from a report in The New York Times. A man whose father was a priest told the newspaper that he was shown the rules when he went to Rome in search of justice for children of ministers. A Vatican spokesman also confirmed the rules existed. Priests are supposed to maintain a life of celibacy, but under the secret rules, a priest who fathers a child is expected to leave the priesthood and "assume his responsibilities as a parent by devoting himself exclusively to the child." But one Vatican official told the Times that the rules were more of a formality than an order.

An 11-year-old Florida student was arrested for causing a disturbance and not for refusing to say the Pledge of Allegiance. That's the version of events from the Polk County School District and Lakeland, Florida, police. The student, who is black, opted not to say the pledge because he thinks it's racist. A substitute teacher contacted school administrators and then a school officer showed up. The student left the classroom but caused a disturbance and made threats as he was leaving, police said. The boy's mom said the situation could have been handled without arresting her son. The sub, who wasn't aware that the district doesn't mandate students' participation in the pledge, is no longer allowed to work in the district's schools.

A grand jury has been assembled in Illinois to look into new allegations against singer R. Kelly, a pair of sources say. Attorney Michael Avenatti said last week he gave the Cook County State's Attorney's office a videotape that appears to show Kelly engaging in sex acts with an underage girl. CNN has seen the tape. The state's attorney wouldn't confirm the grand jury proceedings or a new investigation. Kelly's lawyer told CNN he hadn't been notified of a grand jury. Sexual misconduct allegations have hounded Kelly for two decades and gained greater prominence after the docuseries "Surviving R. Kelly" aired last month. Kelly has denied the accusations, and all cases, with the exception of the trial in which he was acquitted, have been settled out of court.

Screen time has more than doubled since 1997 for kids younger than 2, but that growth is not where you'd expect. Despite the rise of smartphones and tablets, time spent in front of the TV is actually the top driver of the increase, a study in the journal JAMA Pediatrics said. Kids under 2 spent 1.32 hours per day in front of a screen in 1997. That jumped to 3.05 hours daily in 2014. Excessive screen time early in life has been associated with cognitive, language and social and emotional delays. It's also been linked to obesity and sleeping problems. The American Academy of Pediatrics recommends no screen time for children younger than 18 months old.

Photo of a lifetime

George Mendonsa, the man ID'd as the "kissing sailor" in that iconic WWII Times Square photo, has died at age 95.

Oscars will rock you

"Bohemian Rhapsody" is up for five Oscars on Sunday, so of course, Queen is dropping by to perform during the host-less telecast.

The endgame is near for Marvel's universe on Netflix, which canceled "The Punisher" and announced the last season of "Jessica Jones."

She was being teased by classmates because, some said, her short hair made her look like a boy. So, her teacher cut her own hair as a sign of support.

"We are not racist. We are not homophobic, and we are not anti-Trump."

A statement from Olabinjo Osundairo and Abimbola Osundairo, the brothers arrested but then released in the alleged hate crime attack against "Empire" actor Jussie Smollett. Chicago police believe Smollett paid the men to orchestrate an assault on him, two sources told CNN. Smollett denies playing a role in his attack.

It's a cute little bird singing, "If You're Happy and You Know It." And if that can't make your day, nothing will. (Click to view.)