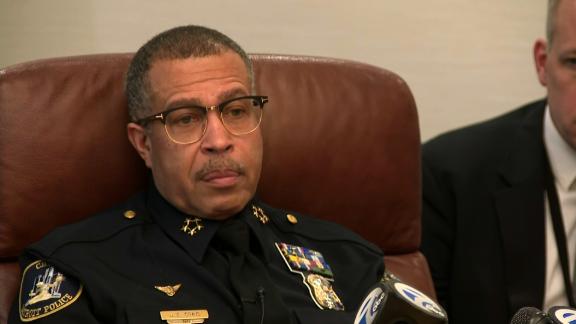 A Detroit police officer has been demoted after he posted 'racially insensitive' comments on social media, the police chief said.

A Detroit police officer -- who referenced "black girl magic" as he filmed a woman he pulled over walk home in the cold -- has been demoted, the police chief said in a news conference Thursday.

Chief James Craig said the officer, a corporal in the Detroit Police Department, stopped the woman for expired registration. Her vehicle was towed, and as she walked to her home in the cold the officer posted a video on Snapchat saying "Bye Felecia."

The officer did offer her a ride, Craig said, but she declined.

Craig said the officer also made a reference to Black History Month, which he called even more problematic.

"What they put on there, that's racist. They're demeaning my child for no reason," Monique Mobley, the woman's mother said.

The chief called the posts racially insensitive and expressed concern for the woman walking in the snow. Michigan's extreme winter weather forced the state's government offices to close Wednesday and Thursday.

The officer is under an internal investigation, but the department has begun moving to penalize him.

"I'm not troubled, I'm not disappointed, I'm angry," Craig said. "This officer will be held accountable for his actions," he said. "We are moving to remove his corporal rank."

"After reviewing the history, there is a pattern, and I'm concerned about this pattern," Craig said.