It's not that Tom Brokaw is racist. It's that he's wrong 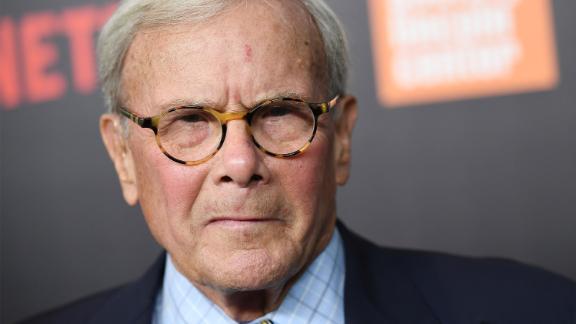 Tom Brokaw, the famed NBC News journalist, is very likely not a racist, as many have accused after comments he made on national television about Hispanic-Americans. I suspect the same is true of Duke University professor Megan Neely. Still, each of them recently proved they are blinded by tradition bias and a belief that being white is the default right, true and wise way to live in America.

During a discussion about immigration on "Meet the Press," Brokaw said this:

"I also happen to believe that the Hispanics should work harder at assimilation. ... That's one of the things I've been saying for a long time. You know, that they ought not to be just codified in their communities but make sure that all their kids are learning to speak English, and that they feel comfortable in the communities. And that's going to take outreach on both sides, frankly."

Neely, who was serving as the school's director of graduate studies in the biostatistics department before resigning on Saturday, used Brokaw's logic to tell Chinese students to not speak their native tongue. "I have no idea how hard it has been and still is for you to come to the US and have to learn in a non-native language," she wrote to the students after a couple of her colleagues were disturbed hearing Chinese being spoken in a common area. "As such, I have the upmost (sic) respect for what you are doing. That being said, I encourage you to commit to using English 100% of the time when you are in Hock or any other professional setting."

There are legitimate reasons to believe Brokaw and Neely intended their words as guidance more than racist putdown. In the United States, the ability to speak and write clear English is an asset and a near-requirement for anyone aiming for the upper rungs in most high-profile industries, including journalism, academia, business and politics. Can you name a single leader in any of those industries in this country who doesn't have a solid handle of the English language? Immigrants have long known this, which is why they have always been doing what Brokaw suggested they weren't -- adapting to and embracing some of the cultural norms of their adopted country, including the predominant language.

It's also true that America is changing and that what once was won't always be. That's why, when it was time for my kids to choose a foreign language to study in high school, we settled on Spanish. The rapid rise in the Spanish-speaking population made it a prudent choice, even if French (what I studied decades ago) is the more romantic one. Going forward, Americans, immigrants and natives, will be best served if they are multilingual -- especially since, according to census projections, by 2045, America will no longer be majority-white. That doesn't mean English is being supplanted, just supplemented. It's nothing to fear. But Americans will have to grow more comfortable dealing with multiple languages in everyday life, just like most others around the globe long have.

Even internationally, English is the language of money and the preference of the powerful. It's common for leaders around the world to speak their native language well and the English language better than many, if not most, Americans -- though many American leaders, given that 16 states have no graduation requirements for study of a foreign language, know only English. It profits no one, particularly the already-vulnerable, to deny or hide that reality. As it stands, one of the most effective tools you can give anyone in America is the gift of English literacy -- if their goal is to be upwardly mobile. That's not racism; that's fact.

Many languages have always been spoken in this part of North America, and English is not the original, native tongue. Over time, for a variety of complex reasons -- including racism and xenophobia and a genocide inflicted upon indigenous populations -- English became dominant and has long held center stage, even as other languages were practiced in private, nonprofessional settings, on the periphery, and in college classrooms. We are now undergoing a sea change that is uprooting that status quo. Even top entertainers are producing songs in dual languages that are played on US radio stations.

That sea change is also leading to a redefinition of assimilation, which can't mean what it once did. This nation is becoming too diverse to hold onto old ways of thinking. For much of our history, demanding that immigrants assimilate was often either a paternalistic, or racist, call to ensure immigrants looked and sounded and thought and prayed more like white people, primarily for the benefit of white Americans. It included the Carlisle Indian Industrial School, whose goal was to "kill the Indian, save the man" -- by treating Native Americans so harshly they would be forced to adopt white customs. The school's officials thought it was the only way to save them, even as they were causing great harm. An analogous struggle is happening in 21st century America, with ongoing fights over black hairstyles in corporate America and the military.

Brokaw's and Neely's admonishments are in line with that way of thinking, encouraging minorities to strip themselves of things that make them different -- i.e. different from the everyday white person. That doesn't make them racist, just wrong, or at least short-sighted. Their views were premised on a tradition that can't hold -- and shouldn't.