It's nothing new for a network to publicize its successes. But when you've flouted TV conventions, as Netfli...

It's nothing new for a network to publicize its successes. But when you've flouted TV conventions, as Netflix long has, suddenly crowing about ratings -- as the streaming service did with "Bird Box," the apocalyptic movie starring Sandra Bullock -- has risked opening Pandora's box.

Media watchers have long chafed over Netflix's stubborn refusal to provide user data, insisting that such information was proprietary and irrelevant to its subscription-based business model. As a result, even those who cover Netflix and its media competitors have been left to guess at the reach of individual titles, what constitutes a "hit" by its standards and how that measures up against other more traditional entertainment sources.

Netflix had largely worn down those who have pressed for such answers -- at least, until the service boasted that "Bird Box" was the most-watched movie in its history, tweeting out that "45,037,125 Netflix accounts have already watched Bird Box — best first 7 days ever for a Netflix film!"

That claim, however, merely invited a host of related questions, among them what constituted a view by Netflix's metrics. Not surprisingly, the service appeared reluctant to provide much clarification -- seemingly caught a bit flat-footed in responding to those probing and second-guessing the numbers, given that they were unverified by any third party.

Prying open the "Bird Box" numbers also raises some questions that Netflix would clearly prefer not to deal with at the present time, starting with how its performance compares to other movies that the service has financed.

The company, for example, is in the midst of an aggressive Oscar campaign for "Roma," director Alfonso Cuaron's autobiographical, black-and-white ode to the women who raised him. Would voters like to know whether anybody beyond those on the screener circuit have seen a movie they're being asked to bestow top honors, especially in a year when the Academy of Motion Picture Arts and Sciences board has publicly wrestled with incorporating more popular films into the awards telecast?

For the most part, the press has been compliant in allowing Netflix to remain tight-lipped about how many people watch its offerings, even proclaiming series like "Stranger Things" and "13 Reasons Why" "hits" without much in the way of hard data -- beyond anecdotal evidence and what's cobbled together by outside entities -- to back that up.

At the same time, there has been little explanation when Netflix cancels series, leaving viewers to wonder why certain programs -- such as several of its Marvel shows -- have been dropped.

Those who favor transparency -- and not incidentally, have to make decisions about how much coverage to devote to entertainment -- surely welcome Netflix's flirtation with providing a glimpse into its inner workings, or in this case, a peek beneath its blindfold.

Given the service's track record, though, its Christmas-week break with protocol might wind up being more like Groundhog Day, with Netflix seeing the potential headaches that its claim unleashed before retreating to the comfort, safety and silence of the box that it previously occupied. 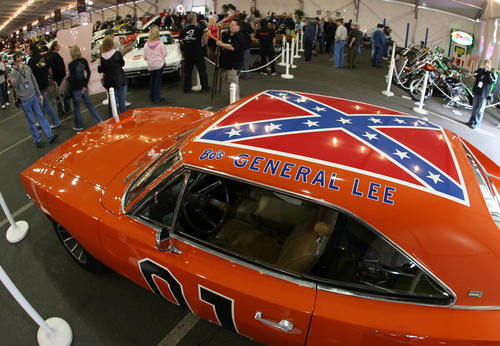