Jurors punish Monsanto with a record $2 billion verdict over Roundup weedkiller. But the story's not over 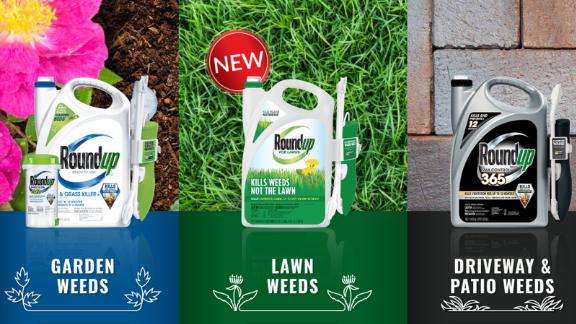 Monsanto has been ordered to pay billions in damages after juries found that Roundup caused or contributed to cancer, but the EPA says the active ingredient causes "no risks to public health" when used correctly.

Of the thousands of cancer patients suing Monsanto, claiming its popular weed killer Roundup gave them cancer, only three cases have gone to trial.

And all three juries have sided with the patients -- including a California jury that just awarded a couple $2.055 billion in damages.

But Monday's massive verdict isn't just the biggest against Monsanto so far. It's also the largest award of any personal injury case this year and the eighth largest in US history, said Carl Tobias, a law professor at the University of Richmond.

The verdict includes more than $55 million in compensatory damages for Alva Pilliod and his wife, Alberta Pilliod. The couple, both in their 70s, started using Roundup in the 1970s.

But that $55 million pales in comparison to the $2 billion the jury awarded the couple in punitive damages to punish Monsanto.

The verdict "is as clear of a statement as you can get that they need to change what they're doing," said Brent Wisner, one of the attorneys for the Pilliods.

But this multi-billion story is far from over.

The couple probably won't get even close to $2 billion

Shortly after the verdict, Bayer -- the parent company of Monsanto -- said it will appeal.

Bayer has long insisted that glyphosate, the key ingredient in Roundup, doesn't cause cancer. It cited the Environmental Protection Agency's recent announcement that glyphosate isn't carcinogenic.

"We have great sympathy for Mr. and Mrs. Pilliod, but the evidence in this case was clear that both have long histories of illnesses known to be substantial risk factors for non-Hodgkin's lymphoma (NHL)," Bayer said in a statement.

So while the verdict is under appeal, the Pilliods won't be getting the money awarded to then. And it's extremely likely that a judge will actually slash that $2 billion to a much lower amount, Tobias said.

That's what happened to Dewayne Johnson, the first cancer patient to take Monsanto to trial over Roundup.

After a jury awarded the former school groundskeeper $289 million, a judge reduced that amount to $78 million a few months later. Johnson still hasn't seen that money because his case also under appeal.

Tobias said he expects the Pilliods' $2 billion award to get severed as well because the Supreme Court has issued guidance that "punitive damages usually should not exceed 10 times the compensatory damages."

Why this case is different (other than the huge award)

In the first two Roundup trials, "the judges severely limited the amount of plaintiffs' evidence," said Michael Miller, another attorney representing the Pilliods.

But jurors in the Pilliods' case were allowed to see a "mountain of evidence showing Monsanto's manipulation of science, the media and regulatory agencies to forward their own agenda," Miller said.

A CNN investigation showed internal emails from Monsanto raised concerns about the company's relationship with the EPA.

In a 2015 internal company email, a Monsanto executive wrote that an EPA official at the time offered to help stop another agency's review of glyphosate, saying "If I can kill this I should get a medal."

But a Monsanto spokeswoman said the company has never paid, given gifts to or done anything else to curry favor with anyone from the EPA.

"Without glyphosate, farmers would need to rely on plowing (or what is known as tillage), a weed control technique that turns over the soil," Bayer said.

"Tillage typically requires the use of heavy farm machinery, which increases fuel consumption and causes soil disruption, both of which release greenhouse gases, like CO2, that contribute to climate change."

Disrupting the soil can also cause erosion, which would let vital nutrients be washed away with the soil, the company said.

US Secretary of Agriculture Sonny Perdue has praised the EPA's recent announcement that glyphosate doesn't cause cancer.