President Donald Trump is repeating a claim that a spy was placed in his 2016 campaign team. CNN's Jeff Zeleny reports.

What a difference a few days makes!

On Saturday, President Donald Trump was still somewhat skeptical of the chatter that the FBI had secretly placed a confidential source in his 2016 campaign.

"If the FBI or DOJ was infiltrating a campaign for the benefit of another campaign, that is a really big deal," he tweeted. "Only the release or review of documents that the House Intelligence Committee (also, Senate Judiciary) is asking for can give the conclusive answers. Drain the Swamp!"

By Wednesday morning, Trump was sending a series of early-morning tweets making clear that the conspiracy was not only real but reflective of the broader "deep state" efforts against him.

"Look how things have turned around on the Criminal Deep State," Trump tweeted. "They go after Phony Collusion with Russia, a made up Scam, and end up getting caught in a major SPY scandal the likes of which this country may never have seen before! What goes around, comes around!"

Then, Trump went even more dramatic: "SPYGATE could be one of the biggest political scandals in history!"

Within the span of five days, Trump went from having just heard about FBI's use of a confidential source to rendering the judgment that this was a purposeful -- and political -- attempt by the Obama Justice Department to install a "spy" within his ranks.

And deciding that this was a) a scandal and b) one of the biggest scandals in American history.

What's remarkable about all of this is that Trump literally built this narrative from whole cloth. Over the past five days, he has purposely ignored a series of subsequent facts that undercut his conclusion and instead used his considerable platform to stoke entrenched paranoia within his base about the government and its allegedly ill intent toward his presidency.

Rewind five days. Trump seizes on an idea kicking around in conservative media circles -- and propagated by the likes of House Intelligence Chairman Devin Nunes, R-California -- that a confidential source used by the FBI in the course of the 2016 campaign was, in fact, a spy placed there by President Barack Obama.

He sends a tweet on Friday morning just after 6 a.m. ET while apparently watching a taped edition of Lou Dobbs' show on Fox Business Network. It reads: "'Apparently the DOJ put a Spy in the Trump Campaign. This has never been done before and by any means necessary, they are out to frame Donald Trump for crimes he didn't commit.' David Asman @LouDobbs @GreggJarrett Really bad stuff!"

That same morning, Trump adds fuel to the fire -- although he continues to hedge on the idea of a full-blown government conspiracy to spy on him. "Reports are there was indeed at least one FBI representative implanted, for political purposes, into my campaign for president," he tweets. "It took place very early on, and long before the phony Russia Hoax became a 'hot' Fake News story. If true - all time biggest political scandal!"

Within 24 hours of Trump's first mention of the existence of a confidential source, CNN reports that, yes, the FBI did use a confidential intelligence source, but that the person was not embedded within the campaign as Trump has alleged. The New York Times reports that the FBI only sent the source to talk to Trump advisers Carter Page and George Papadopoulos after the bureau had received information that made them suspicious about the duo's ties to Russia. The Washington Post confirms that the source was never placed in Trump's campaign and that the person also met with Sam Clovis, a third Trump adviser.

So. By Saturday, it's clear that what Trump has initially hinted at as a MAJOR spying scandal involving the FBI putting a secret informant in his campaign is not, um, true. And yet, Trump ramps up his attacks rather than toning them down.

Why? Because it not only fits into his preconceived beliefs but also helps him politically.

Trump is someone who has spent a lifetime believing to the core of his being that the "elites" -- whoever he conceives them to be -- are plotting to keep him out of the club. The 2016 election was his storming of the proverbial mansion, a channeling of populist rage against these gatekeepers that they couldn't stop. But simply because Trump is President doesn't mean these people will ever stop working to undermine him. They hate him, they want him out of their club and they will say and do anything to make that happen, he believes.

Remember that this is the man who, as President, alleged that then-President Obama had ordered a wiretap on his phones at Trump Tower -- despite zero evidence, then or ever, that any such thing had happened.

The idea -- debunked, of course -- that the FBI put a spy in his campaign then fits into the too-good-to-check category for Trump. It so supports his fundamental belief that the establishment/deep state is out to get him that he feels as though he doesn't need to check it against established facts. He just knows it's true. In his gut.

The other thing that Trump knows is that pushing the idea of a broad-scale government conspiracy theory plays right into the hands of his political base. The roots of Trump's candidacy are in a conspiracy theory -- the repeatedly debunked notion that Obama was not born in the United States. Both during his campaign and as President, Trump has pushed conspiracy theories -- Mexico is purposely sending drug dealers and rapists to the United States, Muslims were celebrating on rooftops on September 11, 2001, Ted Cruz's father might have been involved in the assassination of John F. Kennedy -- to rally his political base behind him.

I'm the only one who sees what's really going on here, Trump is telling his supporters. No one else will tell you the truth about all of this. But, I will. I will expose the hypocrisy and duplicity of these elites who have lied to you (and me) for so long.

What's remarkable about this spying "scandal" then is not that Trump has embraced it -- but rather the speed with which he has done so. On Thursday night, this wasn't even a twinkle in his eye. Now, Trump is declaring it "one of the biggest scandals in history."

What a strange, strange trip. 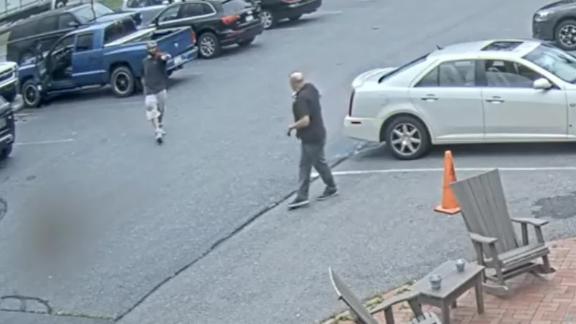