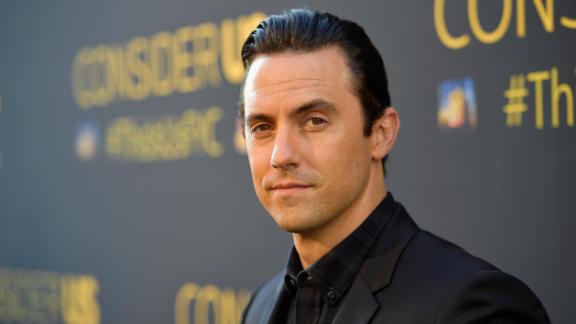 A lucky "This Is Us" fan was watching the NBC family drama when one of the stars of the show, Milo Ventimiglia, knocked on his door.

Usually it's women Hollywood rejects for being too old.

Forget to Botox and you're playing someone's grandmother.

Milo Ventimiglia says he got a taste of ageism himself when he admitted that he wanted to play Batman, but producers thought he was too old.

The "This Is Us" star hit the "Morning Mash Up" on SiriusXM to promote his new movie, "The Art Of Racing In The Rain," and instead got into playing superheroes.

"Physical age yes [too old] ... but there's plenty of roles out there," the 42-year-old said, adding, "I like being the attainable superhero. I like Jack Pearson on 'This is Us.' I don't need a cape."

According to Ventimiglia, he asked his agents to seriously look into the possibility of playing the role, saying, "I've always wanted to be Batman."

"And then when there was the opportunity, I kind of shut my mouth for a while and then I said to my reps 'hey can you go ask and inquire and check out that?'And they went 'Milo they say you're too old. And I went 'Oh.' And then a few weeks later I said hey would you mind calling again?" he joked.

He also complimented Robert Pattinson, 33, saying he's looking forward to seeing him in the role.

"As cool as that would have been because every boy wants to be Batman, it's OK. Robert Pattinson's an amazing actor. I'm super excited for him," Ventimiglia said.